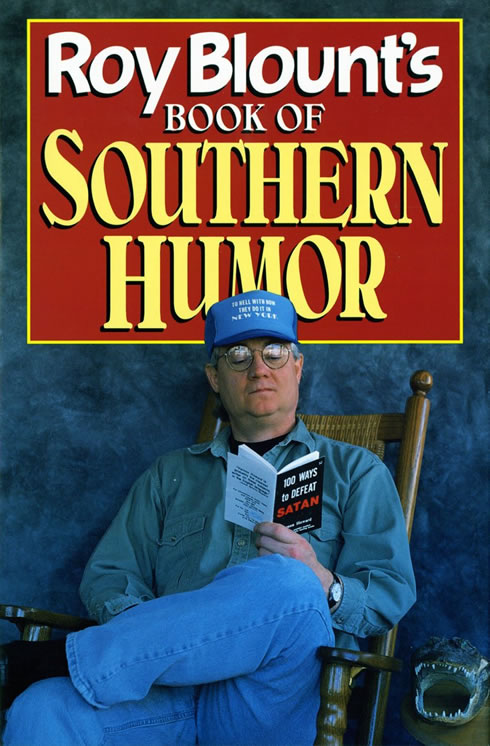 There may be no funnier species in the literary universe than a Southern writer on a roll.

The richest vein of American humor―the broadest, the earthiest, the most outrageously inventive―can be found below the Mason-Dixon line, where the comic impulse just naturally seems allied to the native storytelling genius, and the sacred and the profane are on the closest of terms.

Roy Blount, Jr., himself a native Southerner and on paper and in person one of the funniest men in America, has dug deep and foraged far and wide to produce the definitive treasury of Southern humor for our time. It comprises more than 150 selections, including stories, sketches, essays, poems, memoirs, and blues and C&W lyrics, arranged under such headings as “My People, My People (How’s Your Mama ‘n Them?),” “Here Be Dragons, or, How Come These Butterbeans Have an Alligator Taste?” and “Lying and Other Forms of Communication.” The wildly heterogeneous roster of contributors range from such classics as William Faulkner, Mark Twain, Flannery O’Connor, Zora Neale Hurston, and Eudora Welty to such brilliantly funny contemporaries as Molly Ivins, Dave Barry, Harry Crews, Ishmael Reed, Barry Hannah, Bailey White, and Roy Blount, Jr., his very own self.

If you could stop laughing long enough you’d probably call Roy Blount’s Book of Southern Humor a classic. And you’d be right.